“Austrian and Curato turn the simple wedding of two worms into a three-ring circus that slyly turns the whole controversy over same-sex versus heterosexual marriage on its head… As in life, love conquers all.”  ~ KIRKUS (starred review.)

” J. J. Austrian and Mike ­Curato’s Worm Loves Worm, in which two worms of the hermaphroditic variety fall in love, brilliantly explores the idea of love between two beings, regardless of gender (or species) and despite societal ­pressures. Curato’s spare but sure silhouetted images and Austrian’s straightforward text are a perfect match to deliver the simple story of two characters who just want to declare their love and commit to each other. ~  The New York Times

“How do you explain a revolution to a young audience? This book is a terrific start…Debut author Austrian proves that it’s possible to be silly and incisive at the same time, while Curato (the Little Elliot books) works in a stripped-down style that subtly reinforces the ‘all you need is love’ message.”~ PUBLISHERS WEEKLY (starred review) 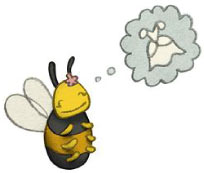 “This timely title is a warm and easy way to introduce the idea of same-sex marriage to children… Many children will grasp the larger message—marriage is about love—while others may simply enjoy the warm characters and comical story.” ~ BOOKLIST

“The story is nicely paced and can be a great way to introduce children to what might happen at a wedding. Most important, though, are the subtle yet effective messages of what’s important when two individuals decide to wed. VERDICT With its cute critters, sweet story, and messages of equality, this is a first purchase that celebrates the fact that love always wins.”  ~ SCHOOL LIBRARY JOURNAL